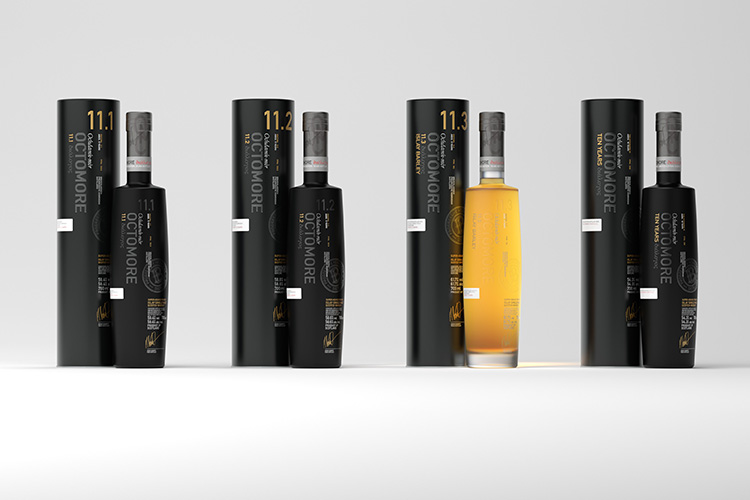 Those who have tasted Octomore will know that the resultant liquid defies traditional whisky wisdom. In theory, it’s too strong, too young, too heavily peated. But on the palate, layer upon layer of sophisticated single malt awaits. From the very first distillation to the debut of this 11th series, Octomore has been an organoleptic reward for risk takers.

The new inimitable editions are now available from specialist retailers and in our online shop. Octomore 11.2 will be exclusively available via the Bruichladdich.com online shop.